This year Karl Lagerfield presented the Chanel's Métiers d’Art runway show in . The choice of the place may sound a little strange in the beginning, but there is actually a reason for that. Coco Chanel visited it quite often during her life. 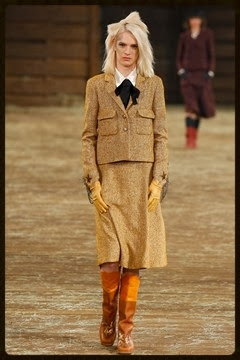 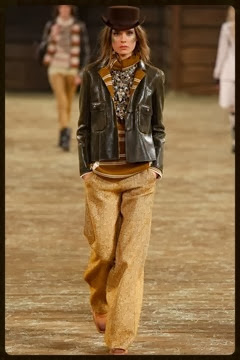 For the choice of the place the designer himself said one year ago:
“"You know why? First of all, I love . I love Texans. There's another reason. When Chanel reopened, the French press was beyond nasty. The only press that understood it immediately was the American press - so I think it's a nice thing to go there."
Vogue , January 2013 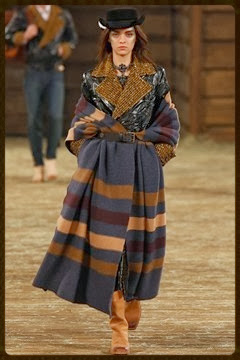 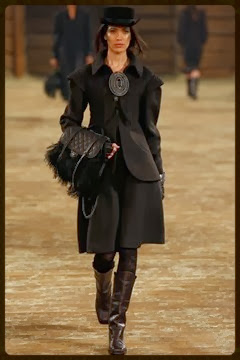 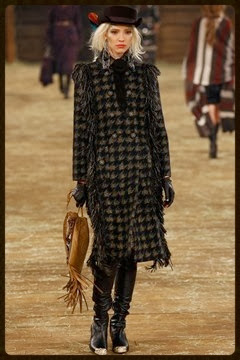 The collection reminded us of a Western but seen through a more contemporary and romantic lens. The designer himself dubbed it “Romantic Western”. The tweed, signature of the brand, was prevalent. It was featured with cropped jackets, longer skirts, leather boots by Massaro and hats by Maison Michel. There were also chunky knits with Native American inspired prints and leather pants. 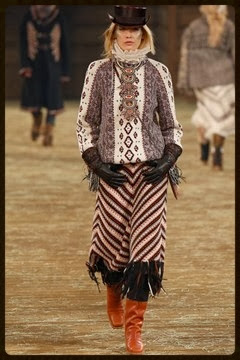 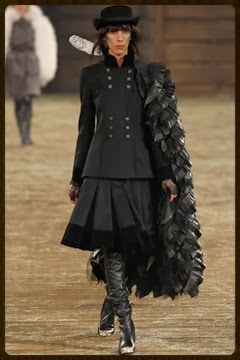 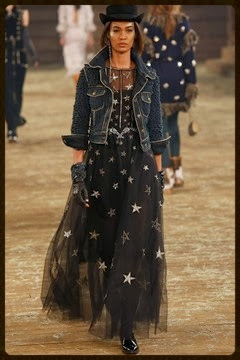